Solent Concert Orchestra, formerly the Marchwood Orchestra, gave its maiden performance entitled ‘From Stage to Screen’ last Sunday afternoon at St. Winfrid’s Church, Totton in aid of both church and orchestral funds. The orchestra since moving to Bramshaw has continued to grow in size and broaden its repertoire as was amply demonstrated by this performance.

The programme opened with Nicolai’s overture to ‘The Merry Wives of Windsor’, (a reference to recent royal nuptials, perhaps?) a lively opening which showed off the orchestra to full potential under the baton of its musical director, Simon Wilkins. A touch of drama then ensued with theme music from ‘Apollo 13’by James Horner featuring trumpeter Dave Parsons followed by Leroy Anderson’s quirky ‘Jazz Pizzicato’. The orchestra continued with ‘A Salute to Richard Rodgers’ containing such well-known tunes as ‘The Carousel Waltz’, ‘Oklahoma’ and ‘Climb Every Mountain’.

The second half of the concert kicked off with Arthur Sullivan’s ‘Overture to Iolanthe’ followed by ‘The Lord of the Rings’ by Howard Shore and ‘Send in the Clowns’ from Stephen Sondheim’s  ‘A Little Night Music’. However, what better way to conclude a concert of stage and screen music than with a medley of ABBA hits! The orchestra’s renditions of ‘ Money, money, money’, ‘Knowing me, knowing you’ and ‘Thank you for the music’ were extremely well performed and enthusiastically received by the audience demanding an encore. Simon Wilkins duly obliged. 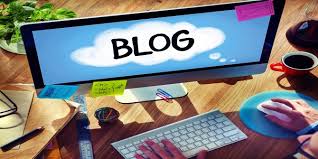